Academia Has A Serious Problem

But they choose to ignore it. And they wonder why fly-over country laughs at and mocks them.

I had a great time giving a presentation at the Wayne Theater in my hometown last night; despite the fact the laptop we were using for the PowerPoint crashed and I had to improvise on the fly. Made some new friends, saw some old ones and made some great contacts. A historian who earned his PhD in American history studying under Professor George Rable at the University of Alabama introduced himself to me after my talk and volunteered to assist us at the Waynesboro Heritage Foundation. That alone was worth the effort! 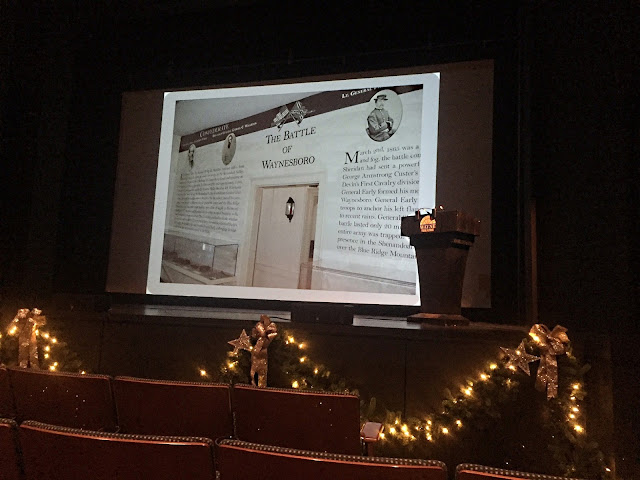 I just received an invitation from a major publishing house to submit a proposal for my next book. It came as a bit of a surprise and I'm not quite to that point. This will be a major project on a topic that's not been thoroughly examined. I've gathered most of the research, written much of the introduction and have a rough chapter outline.

I have lots to contemplate over the next few days. More to come in the weeks ahead. Also, I'll begin posting soon at OldSchoolWorks.com on a regular basis.

I also gave a talk last night at our local theater about the Battle of Waynesboro. I'll post some comments about that within a few days.

Thanks to all of you who have been faithful readers through the last 12 1/2 years.

Williams is also considered by many historians to be America's first abolitionist.

Update: Animation, slow fade in of text was not working on my iPhone, so I went back to static load.

Having teased and promised a new website for over a year, as well as mentioning several other projects I'm working on, I've finally launched one of my new ventures. I say "one" because I'm still undecided about the future of this blog as well as the possibility of either:
I'm leaning toward #2. Why? Simplify, simplify, simplify. Less is more.

Understand the OSW site is still in the beta phase though I've pretty much settled on the platform and style. I'm hoping this new venture will be, in addition to blogging, an income generating site. We shall see. I'll be adding products soon. There has been a lot of groundwork laying and business considerations for this new site including the agonizing over choosing a platform, as well as what direction I wanted to take my blogging. While my writing has been focused on Civil War history, my interest in American history and culture has always been much broader. That will become more apparent on the new site, though there will still be posts about the WBTS as I'm also working on a new book in that genre.

I will be adding new elements and pages in the coming days and weeks and will try to remember to announce those updates here. This new venture is a "reinvention" of sorts but, again, readers here will recognize familiar topics and perspectives; broader in some ways, narrower in others.

Any input and constructive criticism is more than welcome.

Quote of the month:


. . . much of the media class spends an inordinate amount of time on Twitter and because this class is particularly attuned to peer-group signaling, it has become a major battleground for those who control (or seek to control) the commanding heights of culture. ~ Fred Bauer at National Review

Signing Off Prior to the Homogenization of Local News

Many folks my age will remember that a lot of radio and TV stations did not broadcast 24 hours a day back in the 1960's, '70's and even into the '80's. Also, the majority of stations in local markets often reflected the culture/personality of their communities, rather than the bland corporate homogenization we see today. All of the local TV stations in my area (the Shenandoah Valley) would sign off with the Star-Spangled Banner and video of the U.S. Flag flapping in the breeze. Several of the local radio stations in our area signed off with the playing of Dixie. If you stayed up late enough to watch/listen (as I often did in my youth), these are the kinds of sign offs that were common in those days:

Whenever I hear that phrase, I just roll my eyes. It's become a joke.

I'm still having issues with comments on posts. I'm having to manually check and approve rather than them being emailed to me for approval. So it's a bit cumbersome. Not sure what's happening and I'm sorry if I missed anyone but I think I'm caught up. Again, I hope to move to the new platform soon.

Thanks for your patience.

The Audicity of the Pilgrims 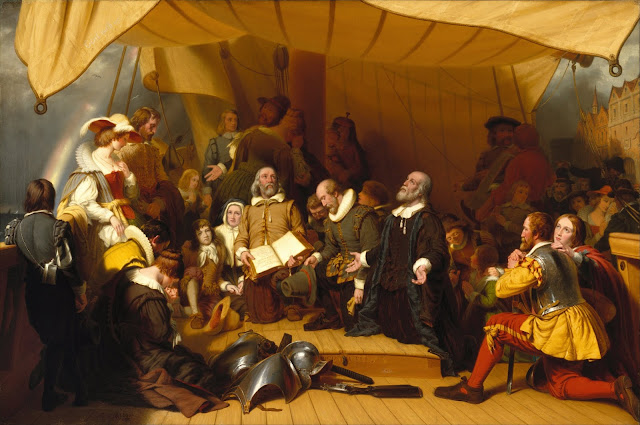 A glorious and EXCEPTIONAL heritage . . .


. . . just imagine the audacity. With no king, no judges, no lawyers, no bureaucrats, and no bishops, a small group of people asserted the right to govern themselves as they saw fit. Though only half of the sojourners and half of the strangers made it through the winter of 1620-1621, it would be impossible to call the experiment a failure. After all, half did survive, rule themselves, and established the pattern for almost all settlement of what would become the United States.


This glorious November as the election cycle brings even more bitterness, more anger, and more division, it’s well worth remembering a time that we all share in common—the real founding of America by a group of ordered, well-armed, and determined Christian families. Though I’m a Kansan Roman Catholic born in the Summer of Love, I can state with certainty, as I remember the audacity of the “sojourners” and “strangers,” this is my America.

Well, we used to share these things in common. But, thanks in part to moral reforming historians, that commonality is being destroyed.

More here at the Imaginative Conservative.