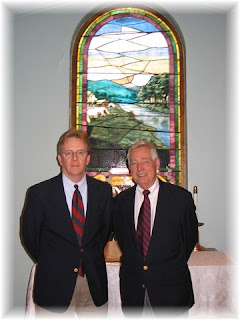 Richard G. Williams, Jr. is an award winning Southern writer, autodidact, tour guide, relic hunter, preservationist, researcher, and raconteur who specializes in Virginia history and the War Between the States. A former contributor to the Washington Times' Civil War column (now defunct), he has also written for North South Trader's Civil War and Western & Eastern Treasures Magazine (where he also serves as a Contributing Editor) and regularly contributes articles about the Civil War and Virginia history to various publications and websites. Williams has also spoken at Civil War Round Tables and conferences and seminars; including Liberty University's Annual Civil War Seminar. He also conducts tours of historic sites in Virginia. He co-produced the video series, Institute on the Constitution. The production won a national award from The Freedoms Foundation at Valley Forge. He also co-produced a documentary about Stonewall Jackson titled, Still Standing - The Stonewall Jackson Story. That film premiered at West Virginia University's Jackson's Mill. Williams is the recipient of numerous awards including the Kappa Alpha Order's 2007 "Robert E. Lee Appreciation Award", which recognizes the recipient "for excellence in his interpretation of the life of Robert E. Lee to the American People."


Williams was born and grew up on battlefields where his great-great grandfathers fought and defended their homes against men in blue uniforms with guns. As a young boy & teenager, Williams spent much of his time on those same battlefields in Virginia's rural Shenandoah Valley - fishing, hunting, exploring, and running from men in blue uniforms with guns. He is a direct descendant of three Confederate soldiers and is a ninth generation great-grandson of America's first abolitionist, the Reverend Roger Williams - who also ran from the authorities. Williams traces his Scottish ancestry to Sir Jon De Duglas [Douglas], circa 1100. Among his ancestors can be counted moonshiners, preachers, pirates, politicians, and Scottish Knights. Williams is proud to be associated with four of those categories 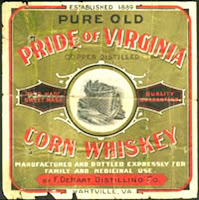 and is, of course, ashamed of the politicians. He is also proud of the fact he's been able to maintain his Southern & Shenandoah Valley accent, while so many others seem to try and sound like some college freshman from the Midwest or Northeast. He still drops his "g's" from most words ending in "ing" and is not ashamed to use the word "ain't" when appropriate or say "ain't got none" just because he feels like it - even though he knows it ain't good English.


Williams grew up eatin' fried mudcats and squirrel gravy and has worked as a stonemason's apprentice, publisher, a freelance writer, film producer, and served 12 years as a Conservator of the Peace and *Magistrate for the Commonwealth of Virginia. Though largely self-educated, Williams is a trained paralegal, holds a 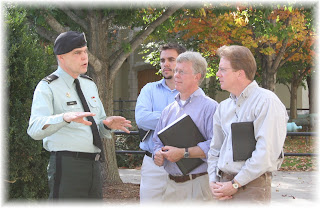 professional designation in the financial services industry, and has published articles in several business journals. His work has been quoted or mentioned in Harpers and the Christian Science Monitor and he has appeared on C-Span's Book TV and the Christian Broadcasting Network.

Williams is actively involved in his community having coached youth basketball, founding a 4H Club, and serving as a Sunday school teacher for over 37 years. He and his wife were also early pioneers in the homeschooling movement in Virginia and homeschooled four of their six children. That tradition continues with his grandchildren.

Concerned with preserving Virginia’s rich historic heritage, Williams has been a member of the Civil War Preservation Trust and the Museum of the Confederacy, the Sons of Confederate Veterans, and is currently a member of the Waynesboro Heritage Foundation, and the Augusta County Historical Society. He has also co-authored the text for two of Virginia's historical highway markers. (See here and here.) Williams currently serves on the Board of Trustees for the National Civil War Chaplains Museum in Lynchburg, Virginia, on the Board of Directors for the Waynesboro Heritage Foundation, and is a member of The Task Force for Metal Detecting Rights Foundation. 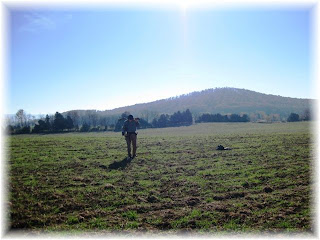 Williams is the author of five books: Christian Business Legends, The Maxims of Robert E. Lee for Young Gentlemen, Stonewall Jackson ~ The Black Man's Friend, Lexington, Virginia and the Civil War and his latest book, The Battle of Waynesboro. Williams still lives with his wife and family in Virginia’s hallowed and storied Shenandoah Valley. He uses this blog to share his passion for history and to celebrate and defend the "permanent things."

Williams has a passion for preserving and restoring artifacts. His current projects range from the many relics he pulls from the ground, to a 1966 Ford F100 Pickup, to a circa 1850 hand-hewn log cabin. When not working, researching, preserving artifacts, reading, writing, blogging, canoeing or spending time with his lovely wife or any of his 12, 13, 14 15 16 17 18 19 20 21 grandchildren, he can usually be found traipsing through some remote hollow in the Blue Ridge Mountains or some mist-covered battlefield here in Virginia; enjoying the beauty of Creation and the company of his ancestors' spirits with a metal detector in his hands, a gleam in his eye, and a smile on his face.

(First Image is of Old Virginia Blog host, Richard G. Williams,  Jr. and Professor James I. Robertson, Jr. Photo was taken in front of the Stonewall Jackson Memorial Window at the 5th Avenue Presbyterian Church in Roanoke, Virginia. Second image is of Colonel Keith Gibson of Virginia Military Institute, Mark Stubblefield & Ken Carpenter of Franklin Springs Family Media, & Richard Williams taken on the campus of VMI during the filming of "Still Standing - The Stonewall Jackson Story." Third image is of Richard Williams relic hunting on private property near a Civil War battlefield in the Shenandoah Valley.)


Chaplains In The Civil War ~ published by The Essential Civil War Curriculum - a Sesquicentennial project of the Virginia Center for Civil War Studies at Virginia Tech.

And Men Will Tell Their Children: The Stonewall Brigade ~ my second essay published  by The Essential Civil War Curriculum - a Sesquicentennial project of the Virginia Center for Civil War Studies at Virginia Tech.

The Rebel Yell: The Seething Blast of an Imaginary Hell~ my 3rd essay for the Essenetial Civil War Curriculum.

Hidden Persuasions ~ published by The Civil War Gazette which is edited by Kraig McNutt, Director of The Center for the Study of the American Civil War.

Manly Advice From Robert E. Lee ~ a guest post I wrote for the Art of Manliness . . . Becoming a successful man in America today, as always, includes giving due consideration to your father’s admonitions and wisdom.

Stonewall Ministers To Save Souls

A Soldier Devoted To Cause And To God

Scholar Warriors Volunteer For The South 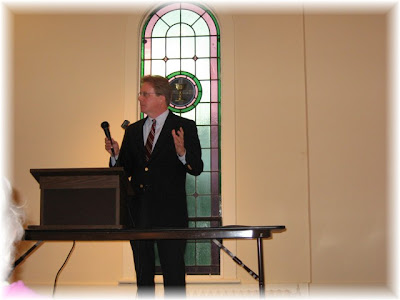 [Old Virginia Blog is a participant in the Amazon Services LLC Associates Program, an affiliate advertising program designed to provide a means for sites to earn advertising fees by advertising and linking to amazon.com]

*For a comprehensive history of the magistrate system in the Commonwealth of Virginia, visit this link and read pages 1-4.